I thought I would start with my most recently read book, The Tea Planter’s Wife.

I got this book as a present for Christmas as my mum had heard it being reviewed on the radio and it was highly recommended. I have to admit, when I read the blurb I was ever so slightly dubious. I love history books, I am a history teacher so that’s kind of a given. However, I am a committed Victoria Hislop fan (posts about her books to follow), so I was doubtful about whether someone could write about the past in the incredible way she does which makes you feel like you’re there and you are living with the characters. I was proved wrong. Dinah Jeffries does this with such skill that I literally could not put the book down. I was reading it during break and lunch times at school, after I’d finished working in the evenings when I’d usually be watching T.V. whilst I was in the bath (which, weirdly, isn’t unusual for me, I often sit in the bath for hours on end and read, you should try it, it’s very relaxing) and when I got in bed.

Anyway, on to the book. The story follows Gwen, a young English woman who travels to Ceylon to live with her new husband Laurence on his tea plantation. The couple have only spent a week together since their marriage (of which her parents did not entirely approve due to Laurence being married before and being much older than Gwen) and do not know much about each other. Gwen knows that Laurence was previously married but does not know the fate of his late wife. This fate is alluded to in the prologue which is sent some 10 years before the start of the main story, but the reader does not see this connection until much later in the book. When Gwen falls pregnant, Laurence is delighted. However, she delivers early when the only other person in the house is the maid,  Naveena, and the doctor is unreachable. What Gwen does next leaves her paying a severe price for the rest of her life and she shares it, initially, with no one. That is one of the main features of this book that draws the reader in, the layers of secrets that are revealed throughout. The story is told in such a way that you know the characters are hiding something but you can’t quite put your finger on what it is (something that inevitably keeps you reading) and when the secrets are revealed, you are taken aback with shock. The book has a steady build up, always with enough story, as I said, to keep you reading but it is the end of the book that will pull you back down to earth and route you to the spot not letting you move until you have finished the book. I wrote on Twitter after I finished ‘It moved me beyond tears.’ Don’t get me wrong, I did cry, but there came to a point in the last few pages where my heart was bleeding so much for these characters that there was an actual ache in my chest. That is a powerful story.

Apart from the story of Gwen, Laurence, Fran, Savi, Christina, Naveena, Liyoni, Hugh, Verity and Mr McGregor and the day to day events in their lives that the book follows, it has deeper messages- bearing in mind that this side of the book includes a blossoming marriage with a somewhat secretly distant husband, a jealous sister in law, a wild cousin, an angry Scotsman, a scheming ex-lover and a house maid who knows much more than she will ever say. Being set in the interwar period in Asia, the book subtly hints at the aftermath of the First World War, has a firm touch on the Great Depression and the impact that had across the world, introduces the reader to social changes in advertising in America and the new opportunities that provided to companies and dives straight into race relations in Ceylon. The latter is done in a number of ways. Jeffries shows the reader how much influence racism has in the community through the potential problems it would cause Gwen and Laurence in their marriage. She also drip feeds racial issues into the book throughout, highlighting everything from subtle things such as the plantation workers not having adequate access to medicines to the larger issues in the community which caused riots such as which language should be taught in schools. This is a testament to the research Jeffries undertook for this book to be authentic and have a deeper political meaning, which, in my opinion it achieves perfectly as you are not slapped round the face with it but the way it is delivered makes you consider it as it impacts the life of the people who you come to care about so dearly.

It is hard to write a summary of a book without telling the story, I hope I have done that however. I don’t intent on spoiling these books for those of you who may want to go away and read them, just to make you want to do just that!

In this case, I sincerely hope that you do and that you enjoy it as much as I did. I went straight onto Amazon and ordered Jeffries’ second book The Separation which I have just started to read. 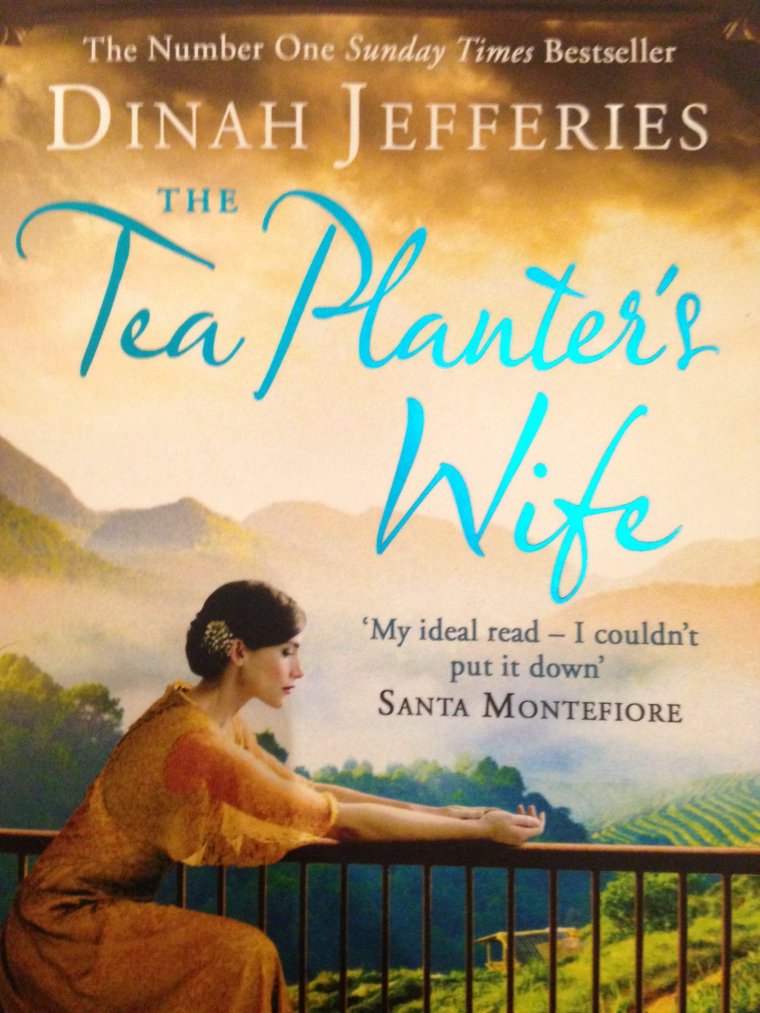